A Field Trip to Factory Berlin

As my wife and I took a cab from Tegel Airport to our hotel in Mitte, we got a picturesque view of Berlin’s skyline as we approached the city. Berlin is a low lying city with most buildings ranging from 5-8 stories. Two things dominated the skyline: the TV tower (Berliner Fernsehturm) and cranes. Hundreds of cranes. Berlin is a city that is in a constant state of rebuilding. I have not seen this much construction in one place in my lifetime.

Our friends at the Factory were no different. Factory Berlin opened as a coworking space in 2012. Since then they have experienced explosive growth and popularity within the city and rightfully so. They currently have over a thousand members and are opening their second location which will be ten times larger than the original. Over the last two years, they have transitioned to operate much more like a “business club” or modern day chamber of commerce than a coworking space.

“Community” is the buzzword everyone used to describe Factory Berlin. I agree with that description, but I think the word “community” is overplayed. It’s a beautiful word that is starting to lose its meaning because everyone says they have that, especially in the world of coworking.

I would say that Factory Berlin has something else, something more than a community. There is a buzz and an energy within the place. There is a level of optimism, drive, and hustle that can only be felt by being in the space for a few hours.

The actual space itself does not have the refined look, sleek edges, and space efficiency that I am accustomed to. It has an unfinished quirkiness to it that seems to work in the startup context. The seating is not particularly comfortable. The desk arrangements and tables seem to be thrown about (but still use every little nook.) You can tell who the long standing members are versus the people who are just visiting for the day. It’s almost as if the hardcore members look for the most awkward and uncomfortable place to work and set up camp for the day.

Factory Berlin has taken this vibe and did the next logical thing: sold it to the corporate world. I have seen and visited my fair share of “community” spaces around the world. I have not seen a company bridge the gap between large corporations, freelancers, and startups as well as these guys. The Factory employs and astounding 50 people for a space that is not even the largest in its city, let alone the country. The majority of that staff spends its time frantically trying to bridge this gap. Their focus is making real connections for their members. I find that commendable, and I am interested to watch as they attempt to scale that concept. I think it will the perfect mix of data mining and online business dating to scale outside of Berlin. And I certainly hope they can do it.

Around the globe, they are looking for inspiration, creativity, and ideas. Creatives are a country’s most valuable resource. As I sit here in Factory Berlin’s business lounge, I think of a quote from one of my favorite authors Kjell Nordstrom: “Power exists, as it always has, in providing people with dreams.” 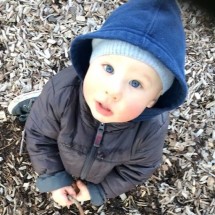 Hailing from an architecture background, you might not have expected Robert would breathe life into The Mill. A Delaware native, he returned home after six years working on projects across the world, and wanted to start something unique. He gathered the community together to execute, and The Mill was born. He continues to work with organizations of all sizes to "make things happen." You can find him on his tread desk, burning extra calories while checking his email.
Member Profile
Meet Connor Bifferato
READ ARTICLE
Community News
Using Vacancies As Break-Out Spaces
READ ARTICLE
Community News
The Future Of Coworking
READ ARTICLE